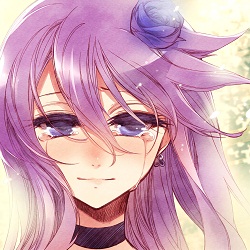 Every Precure minus two, with five more on the way. There's quite a few to choose from. That's an understatement.

If you haven’t gotten the memo, I like Pretty Cure. No, gentlemen, I love Pretty Cure. What isn’t there to love about the show? It’s cute magical girls beating the ever loving crap out of bad guys with equal parts martial arts and the powers of friendship. With the current season, Suite Precure, getting close to its end, I thought now would be an appropriate time to take a look back and the many Precures and do a round up list of my favorites. Precure fans may take note that the list will predominantly be from Heartcatch Precure, because screw you, it’s my favorite Precure series. Beware that the list contains a few spoilers. The Emissaries of Light, Cure Black and Cure White are here to kick your ass. What can I say about these two. They’re the original Precure combo, and it’d be wrong not to have them on the list. Together they take one spot because it’s hard to think of the two separately. It was Black and White that set up the dynamic of Precures being a pair. This was used later in Splash Star and at the beginning of Heartcatch and Suite. The first Futari wa series was really all about two very different girls coming together to fight the powers of darkness. Nagisa is the athletic type and Honoka is the brainy scientific type, and were it not for the two coincidentally becoming Precure, they likely would never have become friends. Watching their relationship grow from nothing into an unbreakable friendship is a main draw to the series. To drive the point home, the two can’t even transform or use their finishing move unless they are together. In the end, every franchise has to start somewhere, and Precure had a great start with Cure Black and Cure White. The flower that sways in the sea breeze, Cure Marine! Erika is absolutely a blast. She forms the second half of the initial duo in Heartcatch Precure, and makes the perfect foil to her co-star Tsubomi. She’s energetic, confident, and just a joy to watch. It’s easy to write Erika off as comedic relief with her silly faces and hyper nature, but there’s more to her character than that. She aspires to be a great fashion designer in her own right as her father and mother are a photographer and designer/ex-model respectively. However, at least in the beginning, she also lives in the shadow of her older sister who is currently a famous model. She eventually turns the jealousy she once felt for her sister into drive to meet her own dreams. It is Erika’s relentlessly upbeat and caring personality that is instrumental in bringing Tsubomi out of her introverted shell and letting her shine. Cure Marine’s antics are part of what made my watch of Heartcatch so enjoyable, and she more than deserves a spot on my favorite’s list (and on my shelf next to Cure Blossom, but more on her in a bit.) Strumming the tune of the Goddess, Cure Muse! Suite Precure, being the series that followed my favorite Heartcatch, had a lot to live up to and in many ways fell short in my opinion. There are however some things I do like about the show, and Cure Muse is one of them. She spends over half the series as a silent, mysterious masked anti-hero, fighting the bad guys, but not really on the heroines’ side either. There’s plenty of red herrings as to her true identity, but in the end it’s revealed to be the much younger Ako. In reality Ako is the princess of major land, daughter of the queen Aphrodite and the brain washed main villain Mephisto. Cure Muse’s reveal not only added a fourth cure to the mix, but also humanized the bad guy injecting the show with a much needed shot of drama. She remained neutral for most the show because she didn’t want to fight her father, but once he’s freed and her identity revealed, she still struggles to find her place among the group. Ako is snarky and serious, but she hides an underlying cute and vulnerable side as she loves her family and longs to be reunited with them. Her coming to accept the other cures as a new family is just freaking adorable. Oh, her cuteness in her true Cure Muse form is almost unbearable. It’s no doubt she’s my favorite aspect of Suite Precure.

The flower that spreads throughout the land, Cure Blossom! In terms of the main Cures from each series, Cure Blossom is my absolute favorite. Heartcatch uses a flower motif throughout the show to represent people’s hearts and characteristics. How appropriate then that her name means “blooming flower bud” and Heartcatch Precure is really a story of opening up as a person. Just about every other main Precure girl is extroverted, usually athletic to boot, but Tsubomi is introverted and a bit nerdy. She uses moving to a new town and starting at a new school as an excuse to change herself. Not only does she work to change her personality (with the help of Erika and others) but there’s also a growth in her power as a Precure. Rather than being immediately awesome, she effectively starts off as the weakest Precure ever. It’s a growth process that spans the course of the series and you feel that she’s genuinely grown as a person by the end, and by combining with her teammates, she’s quite possibly the most powerful Precure in existence as Heartcatch Precure Infinity Silhouette. On a side note, how could you not love a character that improvises dubiously named “punch” attacks like the “butt punch” and “full body punch” wherein she uses said parts of the body to do the punching? If it weren’t for the next entry, Blossom would likely rank as my favorite Precure of all time.

The flower that glistens in the light of the moon, Cure Moonlight!

As I wrote the entry for Tsubomi, I almost wanted to move her up to the top spot, but Moonlight still won me over in the end. She’s just so damn COOL. Heartcatch Precure opens up with an impressive duel between Moonlight and Dark Precure that ultimately ends in Moonlight’s defeat but acts as a trigger for the awakening of the other Precure. For a good portion of the show, her identity is a mystery and we eventually discover that Yuri Tsukikage, a high school girl and friend to Erika’s sister, is in fact Moonlight. She eventually returns to the field of battle after regaining her lost power, and easily shows up the other girls in terms of battle prowess. What draws me to Moonlight is that she’s a tragic character. She loses so many things she holds dear throughout the series, and would have lost herself had it not been for some wise words from Blossom. However, by the end she remained strong, gathering the will to fight not out of hatred, but for love alongside her comrades. She has a mature beauty to her where as the other girls of the series skew toward the cute side of the spectrum. It compliments the fact that she’s a senpai character. Character designer Umaboshi really outdid himself with Moonlight. She’s elegant, yet strong. Stern yet kind. In any case, Moonlight easily tops my list of favorite Precures, and as I continue to delve into the franchise, she’s extremely likely to hold that top spot.