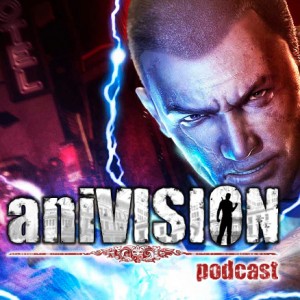 The Disappearance of Podcast 91

Well, Anivision faithful, I hate to bring you bad news, but due to technical difficulties, it looks like episode 91 of the podcast won’t be released. It’s a damn shame because the other Admins and myself all thought it was a great episode. For one, it was the first time all four of us actually met up in person which was actually quite a momentous occasion. We recorded live from Steev’s place and had a great free form discussion that as Jrow later stated “was what I had envisioned for this podcast from the beginning.” Sadly, as with many first time efforts, there were just kinks we weren’t able to work out, and while the content of the episode was a home run, the technology failed us. Major props to Steev for his attempts to salvage what he could, but in the end the audio was just too low quality to subject our listeners too.

We may not have an episode for this week, but Steev provided some Domino's pizza. Considering how much we mention it, I think it's time we start getting a sponsorship here.

So, with that said, we still had a great time. Besides having some delicious pizza thanks to Steev, we sat down to watch the final episode of Anivision favorite Ano Hana. Just know that we’ll have things worked out by next week when we’ll be having Grey Ghost from the Method to Madness podcast. It’ll be live from Jrow’s place and we’re expecting another great episode. In the meantime, here’s a few shots of the Anivision Admins gathered together. (Left to Right) Steev, Amuro, and Xcom.Here we're getting things set up as Steev fiddles with the recording equipment and Xcom browses stories to discuss on the episode. What am I doing? A whole lot of nothing. Ha!

Steev and Jrow. At this point it was clear we'd need Jrow's computer as well. BTW, Jrow is clearly excited.